Finding employment at Life Unlimited, with the support of the Mainstream Employment Programme, has been life altering for Upper Hutt woman Kristina McKenzie. It’s boosted her confidence, provided better financial security and given her opportunities to connect with people.

Life changed dramatically for Kristina McKenzie five years ago. That’s when she started losing feeling in her feet. Gradually the loss of sensation spread through her body, up to her ribcage.

Kristina had been made redundant just months before, so the sudden onset of a disability put a stop to job hunting. She moved in with her mum and unable to drive because of her condition, it was hard for Kristina to get out and about. 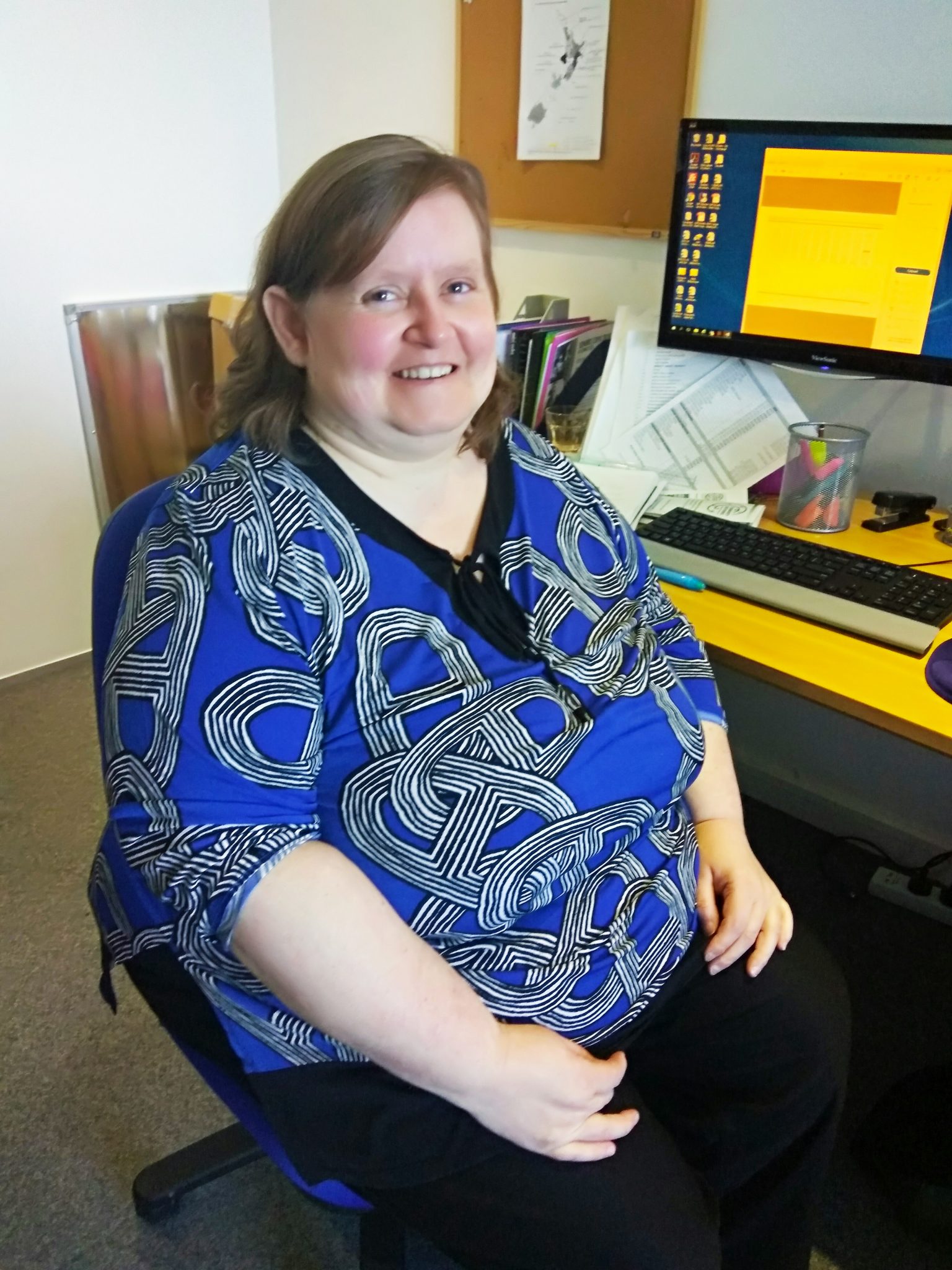 Kristina McKenzie has been able to get back into the workforce with the support of the Mainstream Employment Programme.

“It was quite scary because at the time, in that first year, I probably spent close to four or five months in and out of hospital. They didn’t have any idea what was causing the sensory loss.”

What followed were numerous visits to specialists, unsuccessful treatments and a short stay in Wellington Hospital away from family and other support networks.

“It was not just stressful on family, but it was also stressful on me too – being on my own in Wellington Hospital with very little contact with anyone. At that stage I really had no visitors.”

Fast forward five years and Kristina’s in a much better place. She’s been diagnosed with an auto-immune disorder that affects the nerves in her back. Her condition has now been stable for two years, which meant Kristina was able to get back to work last year, securing a part-time administration position at Life Unlimited in Lower Hutt, thanks to the Mainstream Programme and support from Emerge Employment Trust.

The Mainstream Employment Programme from the Ministry of Social development is a package of subsidies, training, and support to help people with significant disabilities gain sustainable employment. Participants are supported by an employment agency who apply for funding and provide guidance as they transition into work.

Kristina was tipped off about the job opportunity at Life Unlimited by Suse Wilson, a local Life Unlimited Local Area Coordinator who had been working with Kristina to help her connect with community groups. Suse knew Kristina was focused on getting back to work – even volunteering at a bookstore for experience.

Kristina’s application was successful and now four days a week she’s one of the friendly faces that people first see when they visit Life Unlimited’s Needs Assessment and Service Coordination (NASC) office in Bouverie Street.

The role includes administration duties like maintaining databases, so it has some similarities to Kristina’s previous job experience which included data entry and computer work.

That’s not to say the new job hasn’t been challenging.

“It took me a while to get used to it – just because I hadn’t worked in an office situation for six years. So it’s just getting back into the routine of work.”

She also needed to bring her computer skills up to date. Training funding from the Mainstream Employment Programme allowed Kristina to complete three courses in Microsoft Office products, and she’s planning on completing another three courses soon.

“She brings a unique perspective of both client and staff member to the work she does in collecting feedback via client surveying,” says Karen.

For Kristina, the future looks brighter since returning to the workforce.

“I’m really enjoying it. I look forward to coming in every day. It’s a good team to work for and supportive as well.

“It’s made a huge difference in general, being out in the community and having contact with a lot of people, through the staff here or whoever I deal with face-to-face or over the phone.

“And it’s made a difference actually having that extra money coming in through working.”

Bringing home a paycheck has meant Kristina’s been able to buy things previously out of reach, like a new computer, and it’s no longer a struggle to find money for transport or unexpected costs.

“It’s made a huge difference in general for Mum as well – me not being home all the time and driving her mad.

“Long term, I’m hoping to get more hours work and maybe save up to go on a cruise overseas at some stage, because since I’ve been unwell I haven’t been able to go on a proper holiday. So that’s really my plans for the near future.”

Specially created or adapted positions are tailored to the skills of the participant and the needs of the employer.

Participants are not expected to be ‘job-ready’ when they start. They train on the job and have access to funding for extra training.

Ideally the participant gets the opportunity of ongoing employment at the end of the placement, unless they find a suitable permanent position during the placement.

Because Mainstream follows the principles of supported employment, pay is comparable to the pay of others performing similar duties.

Learn more about the Mainstream programme, including eligibility and how to access the programme, on the Ministry of Social Development website.